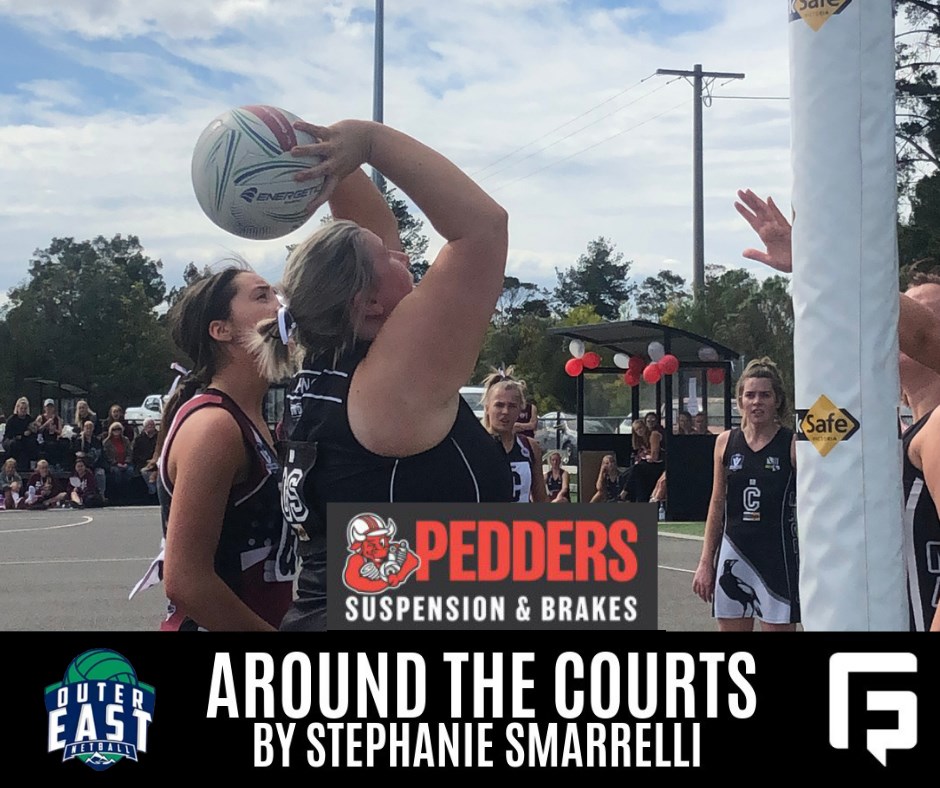 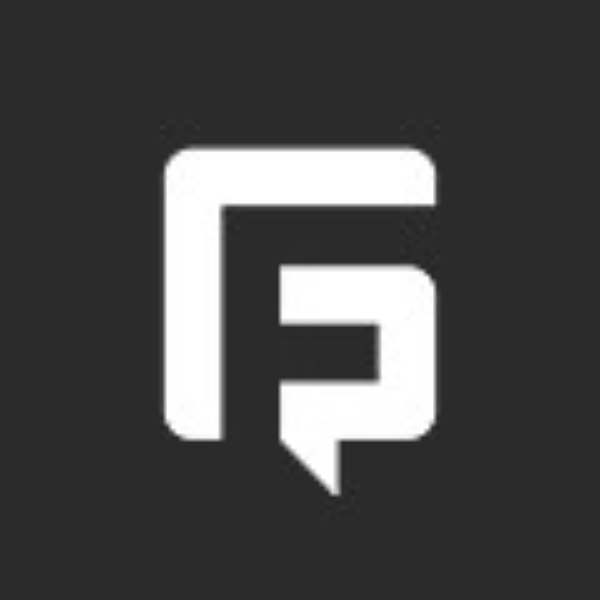 Around the Courts: Elimination/Qualifying Finals

Around the Courts: Division 1 and 17/15/13 Under White Elimination/Qualifying Finals

Mount Evelyn led the entire way throughout the match against the Hawks, however, the Hawks put up a fight in tough conditions with wind and rain battering the second half of play.

Mount Evelyn made the most of their opportunities early in the match getting out to a strong six-goal lead in the opening minutes of the quarter.

The Mount Evelyn shooters worked well together to open up space for each other in the goal circle and were fairly accurate under the ring.

Monbulk struggled to transition the ball from their midcourt into attack throughout the first quarter with Mount Evelyn’s defensive pressure tight with their goal keeper turning over plenty of ball and stealing many of the rebounds.

At the first break, the Hawks were five goals down, however, they came out firing in the second. Defensively Monbulk stepped up with every player putting their hands over the ball to forced Mount Evelyn to pass often on the third second instead of breezing into their shooters as they had done the previous quarter.

A strong defensive rebound from the Hawk’s goal keeper and smooth transition down the court leading to a pinpoint feed from their wing attack allowed the Hawks to close the gap.

The Monbulk shooters were good for the Hawks in the second quarter as the margin between the two sides narrowed to only two goals by halftime.

With multiple intercepts in the centre third from the Mount Evelyn defenders, they should have been further up at the final break, however, they failed to capitalise as the Hawks did everything they could to slow them down as the wind and rain started to come into play.

Locked on eight goals each at the end of the third quarter, Mount Evelyn carried their two-goal lead from halftime into the final quarter.

The final quarter was scrappy with the wind taking the ball off target multiple times throughout the quarter, however, it was Mount Evelyn who backed each other up better and were able to extend their lead and win the match by five goals.

In B grade, ROC defeated the Monbulk Hawks by seven goals in the qualifying final, meaning they will go up against Pakenham in the major semi-final. While the Hawks will meet with Belgrave in the minor semi-final after the Magpies defeated Mount Evelyn by 15 goals in the elimination final.

Belgrave applied tight hands-over ball pressure from the get-go which made it hard for Mount Evelyn to work the ball into their attacking third, however, when they did Mount Evelyn’s goal shooter worked well to drive into the circle.

Belgrave’s centre was a good playmaker, cutting across their attacking third quickly to hit the circle edge and feed with precision.

At the end of the first quarter, the Magpies were ahead by three goals which they then extended in the second quarter.

The Belgrave defenders did a wealth of work up on their toes moving around their opponents to confuse the space and force Mount Evelyn into making errors and feeding into the circle hesitantly.

While in attack the Magpies were swooping with fast play allowing them to swiftly score, giving themselves an eight-goal lead at halftime.

The third quarter was more even between the two sides with Belgrave only scoring one more goal than Mount Evelyn.

Defensively, Mount Evelyn upped the ante with their centre intercepting the ball multiple times during the quarter and their shooters then slot in the goal after goal.

Their goal defence was also impressive in the third quarter, timing her jumps for the rebounds well to come away with possession when the Belgrave shooters missed.

Despite a more even quarter, the margin was still largely in favour of the Magpies who were nine goals up at the final break.

An impressive 13 goals to seven last quarter saw Belgrave secure the win as they blitzed ahead of their opponents.

Mount Evelyn’s accuracy under the ring hurt them while the Magpies treasured every possession and transitioned from one end to the next smoothly.

Their defensive pressure created opportunity after opportunity to score and the Belgrave shooters took them in the last quarter.

In the C Grade qualifying final, Doveton defeated Pakenham by 17 goals. Doveton will now face ROC in the major semi-final, while Pakenham will play Belgrave who knocked Mount Evelyn out of finals by five goals.

A frantic start to the match saw both team’s goal defences deflecting feeds into the circle.

The Mount Evelyn shooters rewarded their teammates for their efforts converting their gains to lead by two goals at the first break.

The tide changed in the second quarter as the Magpies swooped.

Defensively the footwork in the goal circle was superb, forcing the Mount Evelyn feeders to second guess their passing and causing a held ball.

The connections across the court for the Magpies started to settle and they were able to quickly transition from end to the next with their shooters then finishing off the hard work in the goal circle.

Belgrave Centre was particularly good in the second quarter, moving from defence into attack and back again with ease.

A wayward pass in the midcourt from Mount Evelyn, late in the quarter provided the Magpies with the opportunity to draw level, which they took. Belgrave then treasured possession on their centre pass and ensured the ball landed safely to their goal shooter who slotted the goal that put them ahead at halftime.

Belgrave didn’t slow down in the third quarter as they continued to rebound missed goals and make the most of their gains.

Scoring eight goals to five, in the quarter the work in attack from their wing attack and centre set up their shooters well.

At the final break only four goals separated the teams, however, Belgrave didn’t allow Mount Evelyn to gain any ground.

It was a tough quarter with both sides doing well defensively, however, Mount Evelyn weren’t able to convert when the opportunities came their way.

However, Mount Evelyn’s goal shooter was impressive in the last quarter, running off the court to escape her opponent and drive back under the ring when the ball came her way.

As the quarter went on, however, Belgrave were more and more careful with their passing making it impossible for Mount Evelyn to turn the ball over and swing momentum their way.

In the D Grade qualifying final Pakenham defeated Belgrave by five goals. Pakenham will now play minor premiers ROC in the major semi-final, while Belgrave will go up against Mount Evelyn who defeated Emerald by 24 goals in their elimination final.

Mount Evelyn had a fast start to the match scoring 11 goals to Emerald’s four.

The Bombers continued to struggle in the second quarter with Mount Evelyn’s defensive end of doing a wealth of work to create held balls and turnovers.

Mount Evelyn’s midcourt were then quick to help transition the ball smoothly with their shooters confidently slotting goal after goal.

10 goals up at halftime and Mount Evelyn continued to fire in the third quarter.

Emerald did well to move quickly off their first centre pass with a strong lead in the goal circle from their goal shooter starting the quarter off well for them. Then their goal defence deflected the ball to her team’s advantage and a well-placed feed from their wing attack helped secure another goal. Then scoring another goal from their centre pass and the Bombers had suddenly kept Mount Evelyn goal-less for the first few minutes.

That didn’t last long, however, as Mount Evelyn quickly got their composure back and did the basics right to slot in their first goal of the quarter. From there, their defenders continued to shine with their goal defence intercepting in Emerald’s attacking third and their wing defence picking up a wayward pass from the Bombers moments later.

At the end of the quarter, Mount Evelyn were 12 goals up, a fairly safe margin, however, they continued to play consistently into the last quarter.

The Bomber’s only had three goal attempts in the final quarter and scored from two of them, while Mount Evelyn continued to charge further into finals by scoring 14 more goals.

Their defenders intercepted pass after pass and when Emerald’s shooters missed they cleaned up, with neither shooter bothering to follow the ball in for the rebound.

As the match wore on the standard from Emerald slipped with multiple steps sneaking into their game and cross-court passes being easily picked off.

Putting a slight dampener on their outstanding performance, Mount Evelyn’s wing defence was helped from the court late in the last quarter with an injury.

In the qualifying final, Cranbourne defeated Narre Warren by three goals. Cranbourne will now play an undefeated ROC in the major semi-final. Narre Warren will go head-to-head in the minor semi-final with Berwick Springs who defeated Berwick by two goals on Sunday morning.

In the 15 and Under White division, Narre Warren won their qualifying final against Berwick by eight goals and will play Beaconsfield in the major semi-final. Berwick will now play ROC who knocked Pakenham out of finals by three goals.

While Narre Warren will play the major semi-final in the 13 and Under White competition against Cranbourne after defeating Berwick by 14 goals in the qualifying final. Berwick will battle Pakenham who had a strong 20-goal win against Beaconsfield in the elimination final.